Cybozu, which pursues the happiness and productivity of each employee with a unique and flexible system, shines second in the "2020 Best Companies to Work For" ranking in the medium-sized division, and attention is focused on creating its organization. It is a company. However, the turnover rate in 2005 was 28%, and one in four people quit each year, so this environment was not in place from the beginning. This book explains the trial and error until Cybozu creates an organization that demonstrates a high degree of teamwork, from the importance of "selfishness".

At Cybozu, employees who have a negative image of "selfishness" are regarded as valuable ideas for transforming the company and society, and "selfishness" is drawn out and put together into the power of the team. In today's world of declining birthrate, aging population and declining population, every company may feel the need to become more competitive. For that reason, even if we want to enhance teamwork between employees of different generations and values, it is not straightforward. If there is a conflict of opinions in an attempt to aim for lively discussions, the situation may worsen. However, the book argues that if employees can take advantage of their "selfishness," it will be a source of competitiveness.

The proposals in this book can be started by a small team and yet may make a difference in society. It makes me think that it may be simple rule making that is necessary to solve complicated internal problems. This book should be read carefully by everyone involved in the team, from small team members to company-wide leaders.

The main points of this book

[Must read point!] "Selfishness" has the power to change society

Selfishness as a source of competitiveness 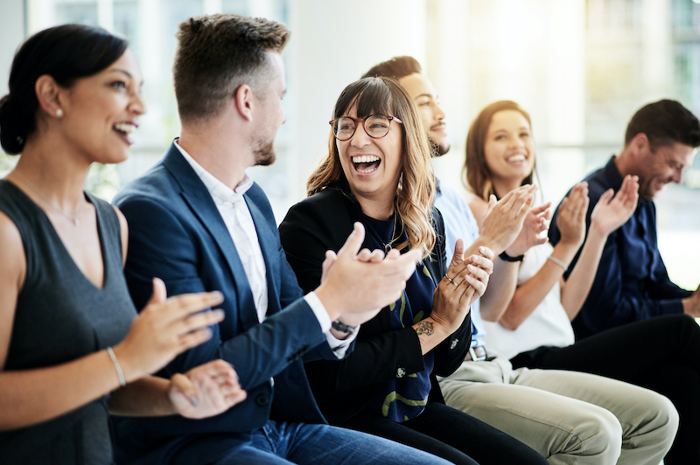 Cybozu positively regards selfishness as "a hint for working happily" and "an idea that may change society." And it is even said that drawing out selfishness gives us a competitive edge to respond to diversified values.

Mr. Yoshihisa Aono (hereinafter referred to as Mr. Aono), the president of Cybozu, often explains the importance of selfishness of employees by taking the example of "Imabari towel" produced in Imabari City, Ehime Prefecture, where he was born. Imabari towels, which once accounted for more than half of Japan's towel production, turned around and fell when the factory moved to China due to the strong yen. Imabari Towel, who felt the need for change, invited creative director Kashiwa Sato and decided on a policy of "making only high-quality products, let's go with high-mix low-volume production." As a result, the quality and brand value of Imabari towels have increased, and sales have increased dramatically while production is low.

Mr. Aono explains that "selfishness" is a major factor in this success. Various ideas from various people are indispensable for considering the added value and sales strategy of Imabari towels. For example, if there weren't any selfish people in the field saying, "I want to make baby goods," I might not even realize that there was a need. Japanese society is facing a declining birthrate and an aging population, and the population is declining, and it is expected that the competitiveness of the company will decline in terms of working styles and values. That is why we must use the ideas of each of us, which lead to high-mix low-volume production and high unit prices, that is, selfishness as a source of competitiveness and an opportunity to change society. 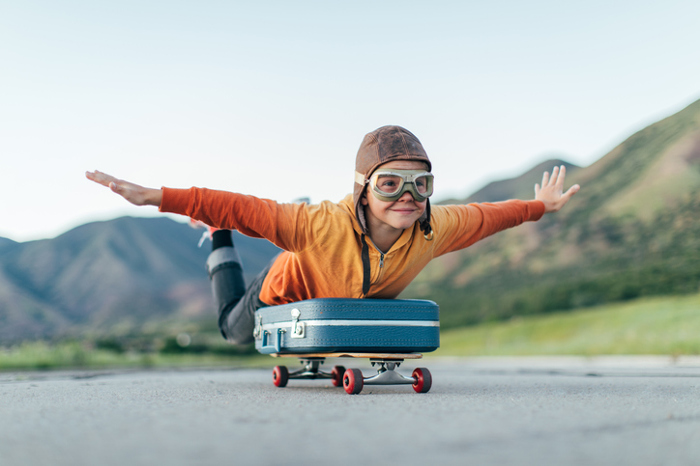 In order to bring out the power of selfishness, it is necessary to change the impression of "selfishness" that can be felt from the word selfishness. Each person has a different field of interest. Selfishness is just one form of such interest, and is a manifestation of each person's "desire" and "ideal." If the selfishness of the person is realized and the world and the person are happy, there is no problem in saying the selfishness.

The aim of Cybozu is to create an organization like the "stone wall" of a castle that "doesn't have the same shape, and it lasts a long time because various stones are in an exquisite combination." That is. To make a stone wall, it is necessary to confirm the shape of each stone properly. When building a team, it's a good idea to first find out what each person is, what they want, and their selfishness. However, people's selfishness changes, and it may be necessary to change the shape of teams and companies accordingly. Whenever a different selfishness collides, there is no choice but to overcome it through discussion. In other words, a strong organization can only be created by discussing selfishness.

Creating an organization that can be selfish 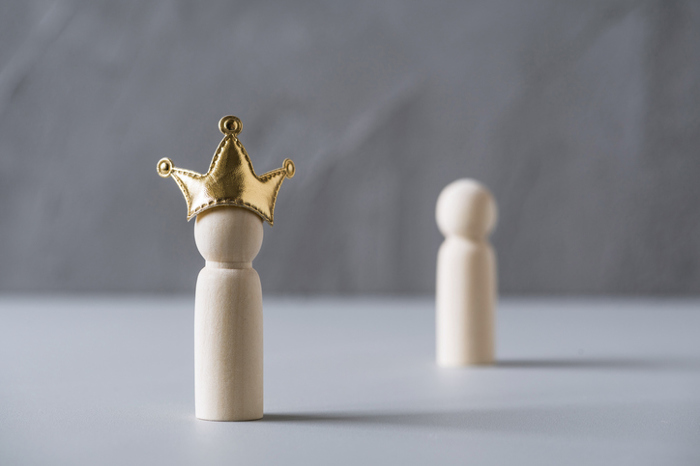 When I say selfishness, I want to be aware of "whether my selfishness contributes to the organization." When considering contributions to an organization, the corporate philosophy is the criterion for judgment. Even if you don't have a clear corporate philosophy, you can create an atmosphere where you can talk about selfishness in small units such as the team to which you belong. First of all, if you tell the person who is the easiest to talk to the ideal that "it should be like this", people who agree with it will gradually gather. From the discussion there, I will raise one ideal and extend that ideal to the team. Like the corporate philosophy, a team's ideals can be a superordinate concept to return to when deciding what. If the team's ideals are clear, both team leaders and members can think based on them when they are uncertain. By doing this, even if the company does not have a corporate philosophy, it is possible to discuss "what the company should aim for".

In Cybozu, it is the idea of ​​"accountability" and "question responsibility" that enables a constructive selfish environment. In contrast to the accountability that we often hear, question responsibility means asking all employees to "say whatever they feel is strange." Question responsibility is both a right and an obligation. He said that he made it mandatory because, if left unchecked, organizational logic such as customs and precedents would be prioritized over individual selfishness, and doubts would tend to be suppressed. Only when there is a question will the consciousness of accountability be born, and the self-cleaning action of the organization will work.

In Cybozu, you can freely set the time for "Zatsudan" for one-on-one discussions. By repeating Zatsudan, the intimacy of each other increases, and an atmosphere that makes it easy to say selfishness in the team can be created. There will be complaints and complaints in these communications, but behind these words is the constructive ideal of "I want to be such a team." By fulfilling accountability and questioning responsibilities in these discussions, complaints can be transformed into constructive selfishness.

Creating an organization that can be selfish 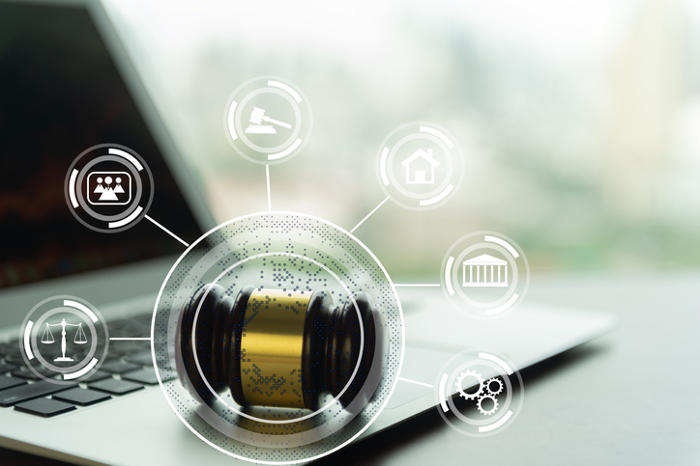 Indispensable for creating an organization like Ishigaki is the ideal way of "Komeito Dai". This means keeping the selfishness of each person in the organization completely open. Cybozu operates a database called "My Carry" where you can write the work style that each person wants. The work you want to do and the desire to transfer are disclosed there, and the personnel are carried out according to the wishes of the person. Hope may not come true, but the decision is made after the person is convinced. Employees can be kept highly motivated by conducting personnel affairs starting from the selfishness of each person.

Thorough information sharing is what guarantees this fairness. If the information is always open, questions such as "the decision here is wrong" and "this is wrong" are likely to occur. This creates a situation where employees are more likely to be accountable for questions, and decision makers must be accountable. In addition, information sharing has the effect of increasing employee motivation and raising awareness of participation in the corporate philosophy. By sharing information, employees become interested in various things in the company and move independently. As long as they sympathize with the ideals they have set, employees will be able to move without forcing them. If you don't force things to go the way you want, you're not sympathizing in the first place.

At Cybozu, various figures are open, but evaluations are made based on the corporate philosophy of "creating a society full of teamwork" rather than figures. If it is fair and fair, even if there is no numerical target, there is no need to make appropriate excuses and skip. It is important to emphasize the meaning behind the numbers rather than the numbers themselves, and to ask questions such as "Is this really what I want?" And "Why is it?"

What supports Komeito is the high density of information sharing online, which is also a characteristic of Cybozu, a company that develops and sells groupware. Sharing information is more important than sharing place and time for teamwork. The worst thing leaders should do is hide information.

Dissatisfaction always arises from leaders who make decisions and make decisions without giving out information while letting the site share information. Leaders do not have to have an answer when they bring information together for discussion. On the contrary, an attitude that misleads the leader into thinking that he has an answer discourages the members from thinking independently. It is important to note that the higher the position, the more likely you are to walk alone. Rather than thinking by the leader alone, it is less burdensome for the leader and the members to bring each other's information and discuss it.

Behind the leader's worries that he cannot give his opinion, there is the member's worries that he cannot give his opinion. If we try to be accountable and questionable as introduced in this book, the hurdles for exchanging opinions will be lowered. In addition, by visualizing the exchanges, it is expected that synergistic effects will be created for the members who were watching, and discussions will be activated throughout the company. Underlying this is nothing but the muddy idea that "it doesn't bother you to face people."

A team in which each employee can freely and honestly say selfishness must change the future of Japanese society, which has many challenges. I hope that the number of companies that can realize the selfishness that employees sympathize with will increase.

The importance of the corporate philosophy mentioned in this book is sufficient to explain the activities of Cybozu and its supervisor, Mr. Aono, in a wide range of fields. In the book, there are examples of actually reviewing the Cybozu system from the "selfishness" of employees, "problem-solving methods" to facilitate discussions, and the idea of ​​"motivation 3-piece set" to determine the optimal division of roles. Is also introduced. I would like to recommend this reading to those who want to take the situation of the team or company one step further with "selfishness" as a weapon.